MECO Conference has been ranked in the category of “Top Conferences” by the prestigious conference-ranking portal “Guide2Research”, which is  one of the leading portals for computer research, providing trusted data on scientific contributions since 2014.

The rankings are derived from valuation of  h-index , which is estimated from the number of scientific papers which have been published by top scientists in respective conferences, with over 1000 conferences being taken in consideration.  This year,  in addition to h-metrics, a novel metric called Impact Score has been also used, which also takes in mind the number of contributing top scientists in contributing to the conference.

MECO has thus managed to rank among the World’s Top Conferences, which is a great success for our conference.

Special Sessions have been announced for the upcoming 12th Mediterranean[...] 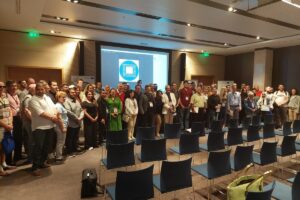 General FACTS: 10 years of tradition ranked in the TOP[...]

Your email is safe with us.